Our human thought hard on how best to solve the much-loved Meow-BoardWalk and decided to buy a small carpet patch with adhesive backing.

PVC piping was purchased, sawn to specifications and sandpapered to prevent cuts and abrasions to the kitty paws. The PVC pipings slotted in on both ends of the BoardWalk is to prevent frictions on the walls as well as hold the carpet patch down. 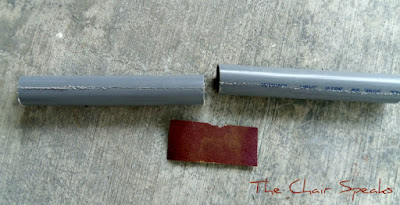 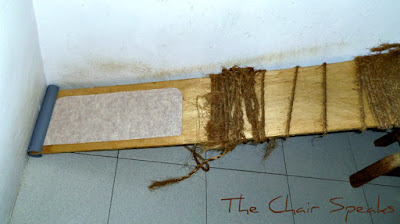 Captain Jack Sparrow HAWK loved that carpet patch. It did not stay long and was soon repeatedly scratched off. 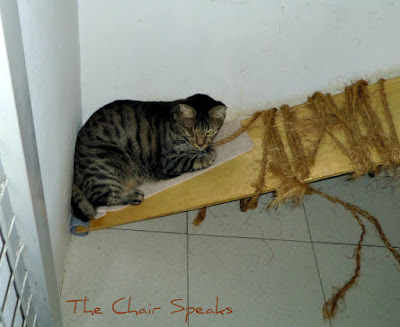 Unhappy with it, our human decided to scrap the whole Meow-BoardWalk (which was initially organised for the late Kenggy to move up to higher level to hang out with her roommates) and remembered that there's a small folding futon given by a friend. It was cleaned out, placed in the MeowRoom folded and covered with a white and blue striped terrycloth. 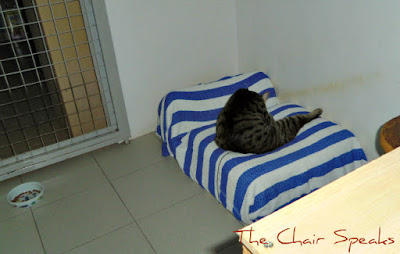 Needless to say, nosy Captain Jack Sparrow HAWK immediately came, checked out and claimed as his.

Winnie, however, was a 'chair' cat. 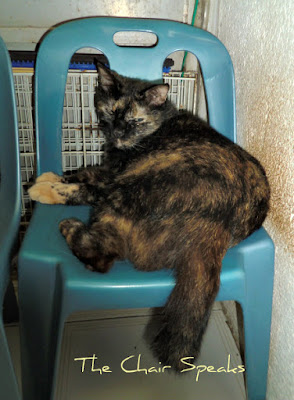 Captain Jack's clipped claws kept getting caught at the terrycloth pulling the whole cover off. EJ thought about the old patchwork bedcover (unwashed but soon to launder) could be reused for kitty bed. 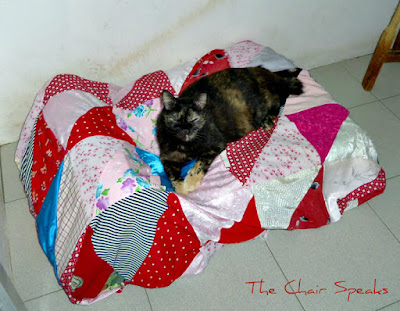 Winnie came, sniffed, claimed the bed immediately and told Captain Jack, "You, on the floor!" 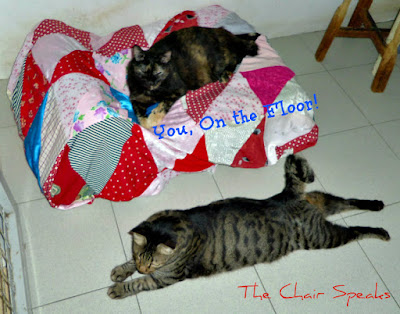