It was a lovely day!
Winnie was feeling good and relaxed cross-legged on a chair. 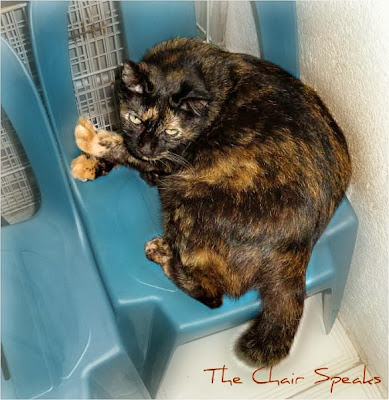 And on came our pesky human to disturb our peace. Startled at that and perhaps choked on her saliva, Winnie had a hacking cough. Of course our human would never let a chance like that go. The camera went on clicking and flashing. 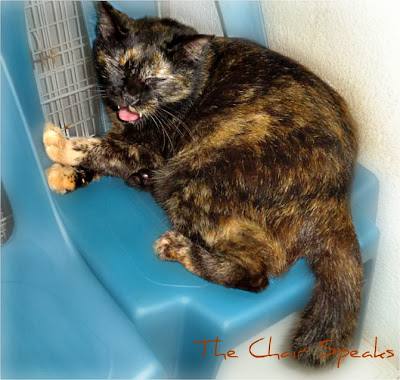 Winnie was not pleased at being caught at such an embarrassing and unappealing moment. But our human think it was a cute moment and was mighty pleased to have immortalised it! 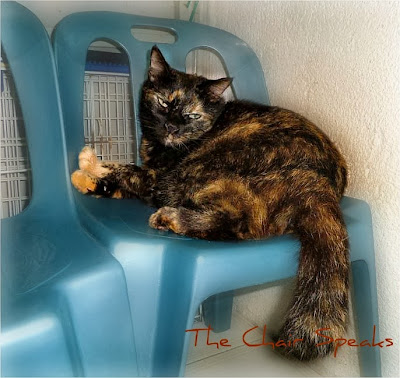 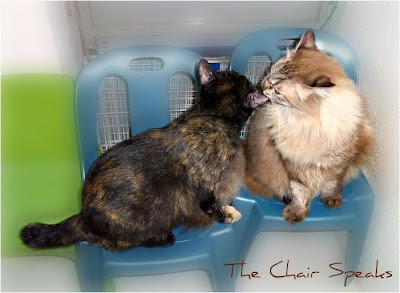 It does look like it but no, Pebble is cleaning it with true sisterly love! 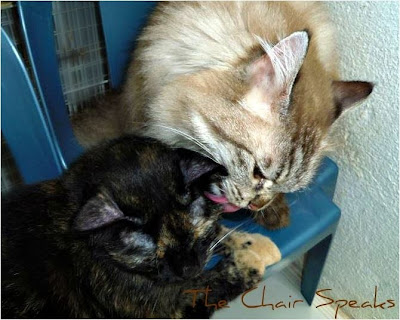 Few days ago, EJ found this fang in one of the cubicles of the kitty condo and wondered who the owner was. It could be anyone as all the kitties are seniors and have weak gums.

So EJ went on a hunt, crawling on the ground peering into their mouths. It was no easy task as you get jumped or sat on, even wrestled.

It belonged to Kenggy. It was weird that Kenggy did not show any signs of refusing to eat. She was and is still as greedy gobbling her food. 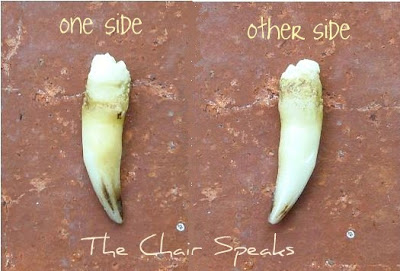 Without both front paws and claws, EJ shudder to think if Kenggy were still a stray outdoors. She would never survive now that she lost her final weapon of defense. 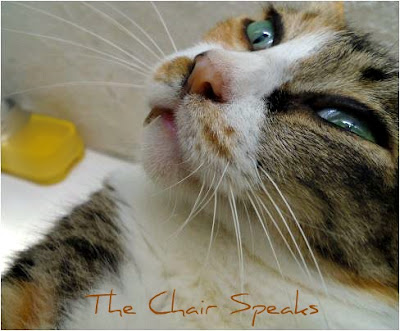 Our human is happy that Kenggy and all her roommates are always indoors and never allowed out of the house.

How did that fang get loose? EJ suspects that it is because Kenggy constantly use her nose and mouth to help support her bad landing due to her two pawless and shortened front limbs. 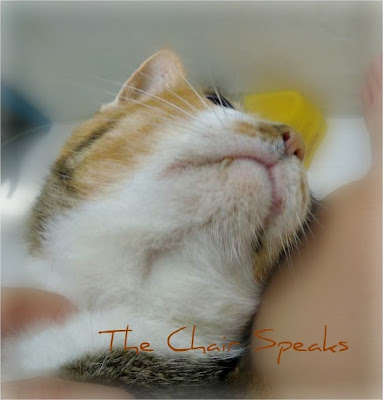 It was supposed to be my turn last week but as a good sister to Captain Jack and big Tanya, I allowed them to be featured.

So meantime I relaxed until our human sneaked up on me during my slumber to steal a shot. I managed to open one eye and waved my paw to say 'Hi'. 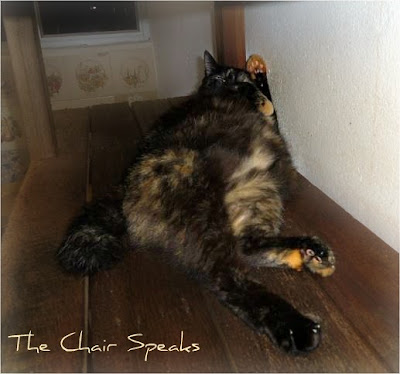