Ever since Pebble is permanently confined to her personal suite over two months ago, she had her own water and food bowl.

EJ noticed Pebble spent a long time squatting at the water bowl and went down on the floor to peep. Pebble could not reach down to drink water and was licking air. EJ got this really flat stone from the garden to elevate the water bowl so Pebble could drink. 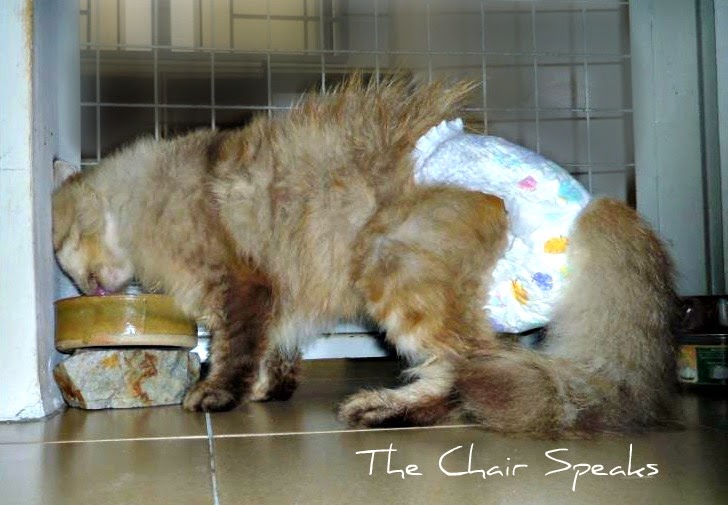 Last week when EJ was giving out canned tuna, all the cats would call as usual while waiting patiently for it. Pebble, too, joined in and called.

Pebble took one bite of tuna from her elevated bowl and promptly fell over. She had a mild seizure from the excitement of eating. 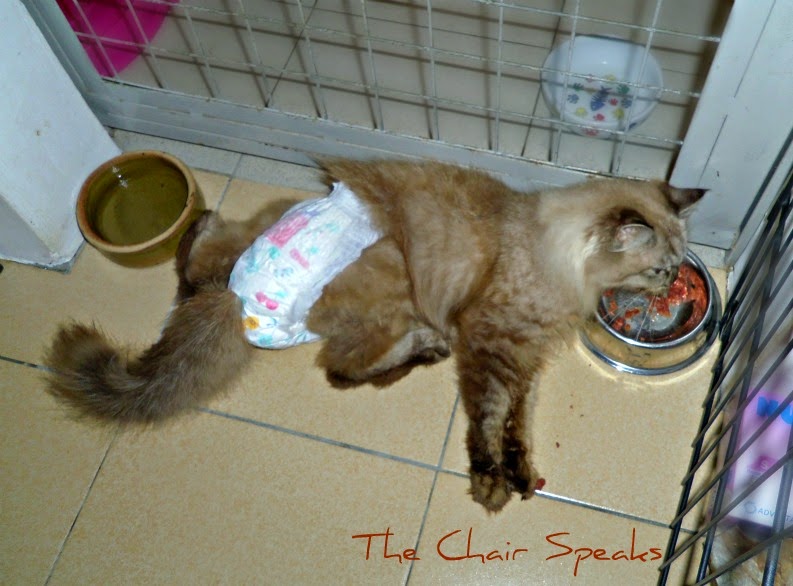 EJ was horrified to hear the thud of Pebble's bones hitting hard on the tiled floor, immediately removed the stones, and the water and food bowls were put back on the floor. 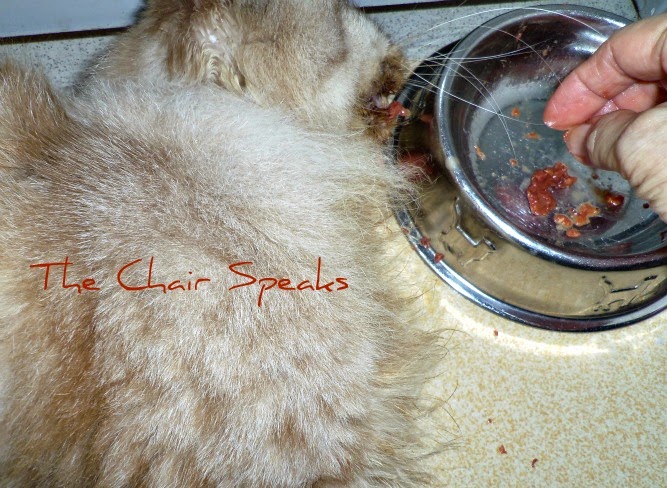 Not giving up, Pebble ate lying there. EJ helped by rolling the tuna like mini sushi rolls to handfeed her. She finished the tuna with fish bits all over her and the floor. Pebble could not and cannot clean herself. 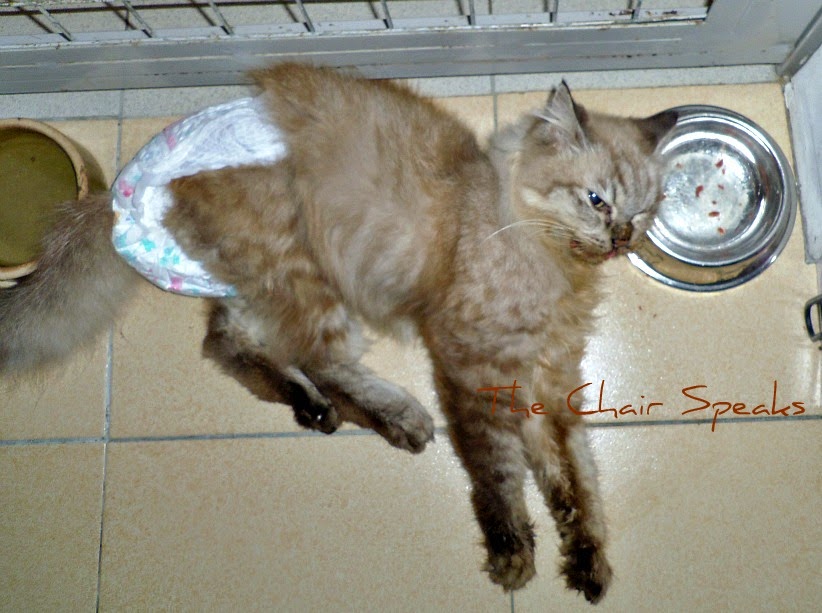 At times, Pebble had seizures during urination and defecation. She would have that weird concentration look on her face and would fall over with all her four legs stiff in the air. Finding that position comical, EJ sometimes would laugh and sad at the same time.
Posted by The Chair Speaks at 3:15 PM 18 comments: