The first day of the year is Pebble's Gotcha Day. The year 2006, Pebble was taken in when EJ was a squatter in mom's house.

It was not an easy decision as EJ occupied the smallest room and shared it with other cats but EJ just could not reject Pebble then. Click here if you wish to know why.

EJ do not regret one bit in taking Pebble in. Pebble is such a sweet girl. 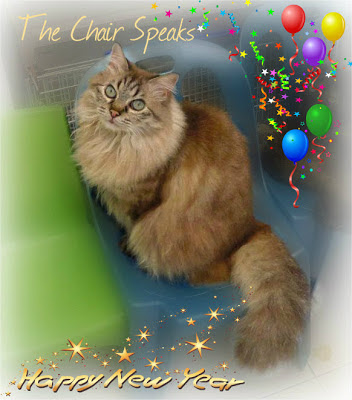 December 25th holds many memories for us.

Pebble gave birth on this day in 2005 and the reason why her late baby got named NOEL.

It is also on this day that Captain Jack Sparrow HAWK joined us in the year 2008.

On behalf of all of us and our human, here is Captain Jack Sparrow HAWK wishing friends and all 2-, 3-, 4-legged, a very 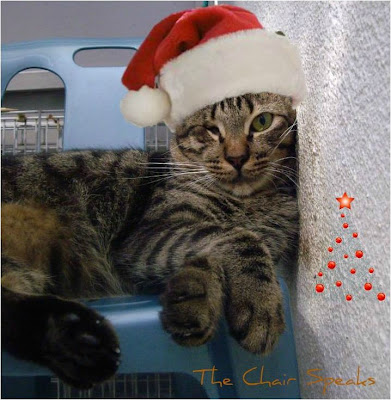 EJ believes if something has been taken away, something will come to replace it like the ebb and flow of life, like the Ying and the Yang.

Because of his missing eye globe, Captain Jack Sparrow HAWK has extremely keen eyesight in his remaining good eye and heightened curiosity to boot.

EJ did not notice a tiny dull-coloured butterfly in the MeowYard and only realised it when Captain Jack kept staring at it fascinated.

The other cats did not bother even to look. Only Kenggy, who was nearby getting ready for her afternoon siesta, looked at Captain Jack glaring posture. 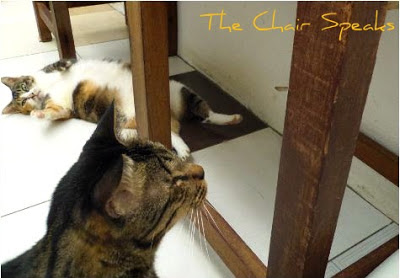 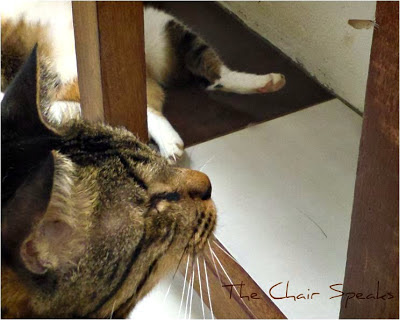 Captain Jack did not make any attempt to paw the butterfly. EJ did not know what happened to it but being so tiny, it probably found its way out.
Posted by The Chair Speaks at 12:14 PM 26 comments:

It is not exactly common to see cats holding on to places where they rest or sleep on. Guess it is because they feel either that spot is too small or they are too big (or fat) to fit in. and Pebble hanging on to their little chair. 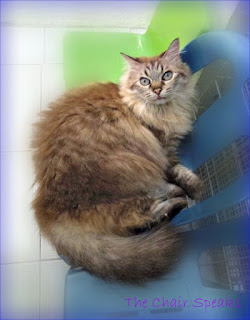 They all learnt it from the late handicapped-born Tortie who weighed over 7kg. 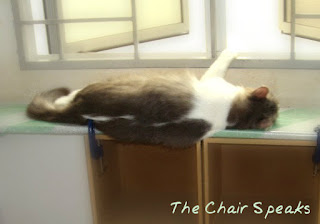 When A Snake Comes A Calling

Few months ago, something caught the attention of the cats. Captain Jack Sparow HAWK simply could not tear his one eye from this interesting object.

EJ decided to investigate, and rushed to grab the camera to quickly record the moment. 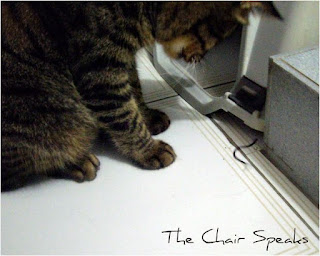 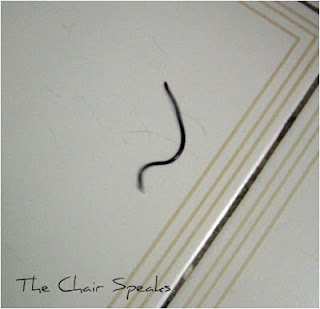 Ramphotyphlops braminus is a harmless blind snake species found mostly in Africa and Asia. Completely fossorial, they are often mistaken for earthworms, except that they are not segmented.

Adults are small and thin, averaging between 6.35-16.5 cm (2½ to 6½ inches) in length. The head and tail-tip look much the same, with no narrowing of the neck. The rudimentary eyes appear only as a pair of small dots under the head scales. The tip of the tail ends with a tiny pointed spur. The head scales are small and resemble those on the body. The colouration of the adults varies from shiny silver gray to charcoal gray or purple. [Source: Wikipedia]

This recent one was a second encounter the cats had with a snake and it reminded EJ of the first a few years ago.

EJ was sleepy. It was almost midnight. As usual, EJ would make one last check on the cats before going to bed.

The cats were crowding round of what EJ saw was a big fat worm. The meowyard light was not bright then.  EJ took the broom getting ready to sweep it out. That almost foot-long "worm" reared its head.
Woooh! An adrenaline rush and EJ's eyes opened wide, completely woke up in an instant.

You should have seen EJ's reaction, the kungfu stance holding the broomstick balancing on one leg with the other leg kicking and pushing seven cats away (there were seven then), and with one clean swipe (a swing that could beat Tiger Woods flat) with such accuracy (a hole in one?) that EJ did not even see the snake flying through the slit (tapering where the widest was less than half inch) under the back metal door and out to the drain.

The snakes encountered on both occasions were of different species.
Posted by The Chair Speaks at 10:27 AM 21 comments: